The ride went on as planned. You may noticed that less photo posted on my picasa since I broke my Sony Ericsson K800 that has more than ordinary camera phone photo's quality. And this particular ride, no photos taken by me. Not that I do not have other camera apart from the one come with the phone, it is just as forgetful as it can get (sign of getting old?). 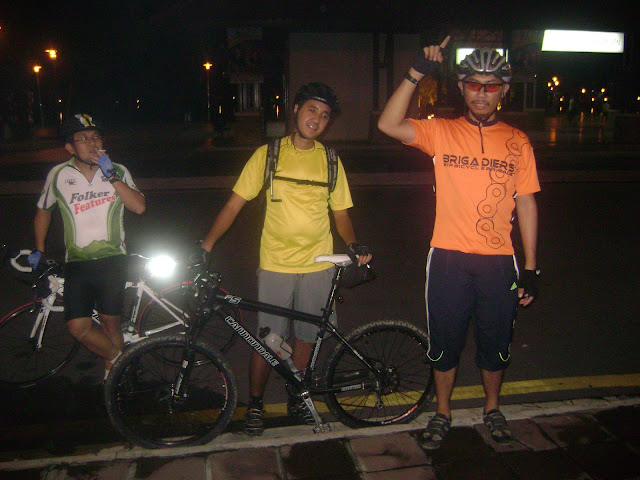 Photo by Kelolo. The rest are here
Some new faces popped up that night apart from usual suspects like Pak Abas, Zali, Mat Karan and Shaque (yes Mr Inspector, he was the organizer!). I was assigned as front runner to lead the pack through all the "checkpoints". Equipped with Scott as to be fair with Shaque, who only ride his road bike on broad daylight. Well, shall I failed to catch up with him on his MTB, at least it wasn't as bad as I choose to ride my semi-slick tire Spesh.

We headed for a tea break at Selangor Mansion where we met another bunch of cyclists from Taman Melawati. Cyclists merely swamped the area!
Posted by Unknown at 6:00 PM