Went to this critical mass ride for the first time. On second thought, it was the second time shall being kat RV of critical mass conducted in KL downtown back in 2007 (fasting month) without actually riding it because the organizer wasn't keen to keep their watch sync to atomic clock. 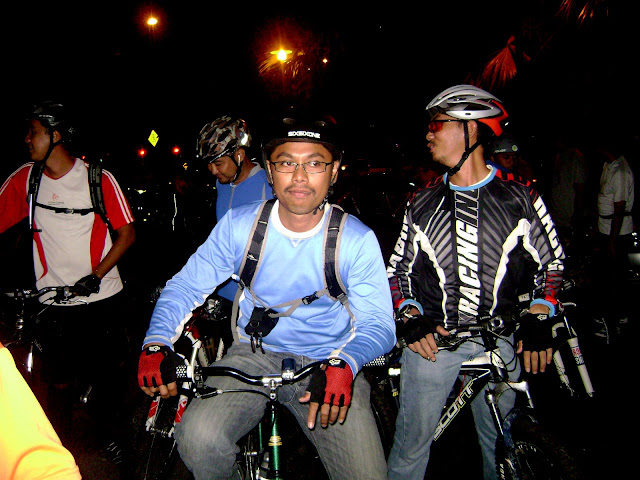 Photo by Kelolo. The rest are here
I would categorized this event as socializing event; means socializing taking much of the time than the cycling itself. Hey, I'm not complaining, in fact I enjoyed meeting people as much as cycling. But don't expect a nice conversation while I am halfway climbing up the hill. You would be lucky if I can finish a word. It was nice meeting new people. For some, it was an avenue where you put faces to those nicks you been in communication over BBS (bicyclebuysell.com, it's like car boot sales where traders open their trunks and sell their unwanted items).

More information on this ride and their future event..
Putrajaya Critical Mass
Posted by Unknown at 4:52 PM