Last day of Ramadhan
After a few days break since last ride, I made a loop via Degong, Chenderung Balai, and Chikus. Under 30km mild pedaling on flat terrain. By the time I reached kampung, I had half an hour to clean up myself and getting ready for breaking fast. 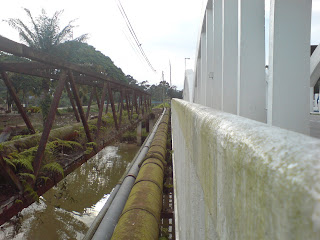 It's Raya!
Personally, I have nothing much to look forward for Raya. The enjoyment seems has faded for quite sometime. Probably being a person sitting on the other side of that monetary transaction on pre-Raya, Raya and post-Raya is not funny at all.

On Raya day, after Solat, we had our lemang and rendang dishes. Later asked forgiveness among family member and then we paid a visit to distance family member on the other side of the kampung. 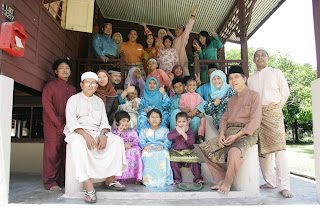 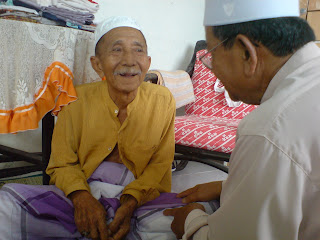 Grandpa at age of 88 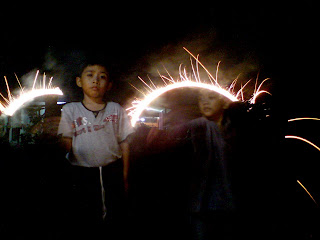 And what is Raya without firecracker 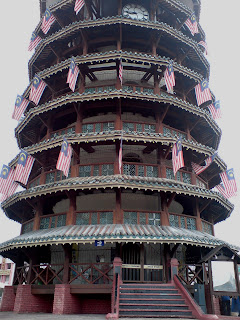 The lean tower of Teluk Intan

It’s 2nd day of Raya and it was about time to hit the road. Especially after stuffing my tummy with countless lemang, ketupat and rending on 1st Raya. At about 7:40am, I left Langkap and heading towards Teluk Intan, about 20km via kampong’s single lane route. Several times, I gave way for cars passing thru. About an hour ride I reached Teluk Intan.

I stopped by the Lean Tower catching my breath. It wasn’t that long when an uncle on his bicycle checked out my Scott and start counting my 9-speed cogs. Our conversation revolved around bicycle and he was sharing his plan to do touring with multi-gear bicycle (on which he planned to buy). My guesstimate, he’s circa 60 years old and still going strong for a guy at his age. 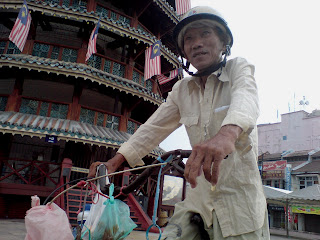 Apart from me, he was the other cyclist wearing helmet I encountered for the day 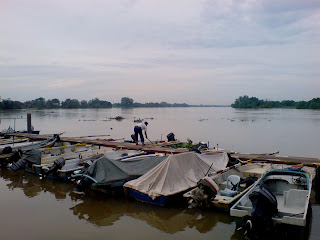 Email ThisBlogThis!Share to TwitterShare to FacebookShare to Pinterest
Labels: cycling, mtb, scott, things that people do

Selamat hari raya, btw. Any good trails near your kampung?

Joe,
Killing time and of course with blessing from wife and in-laws.

Selamat hari raya to you too :)

Yet to find a good trail apart from the paddy field. Next time I balik kampung, I will try to find a route to Kompleks Sejarah Pasir Salak, Kg Gajah.

killing time shhyyeaaahhhh rrriiiggghhhttt... obsession is still an obsession.. your title says it all..

Maybe I should cross it to be Hobsession instead ;)